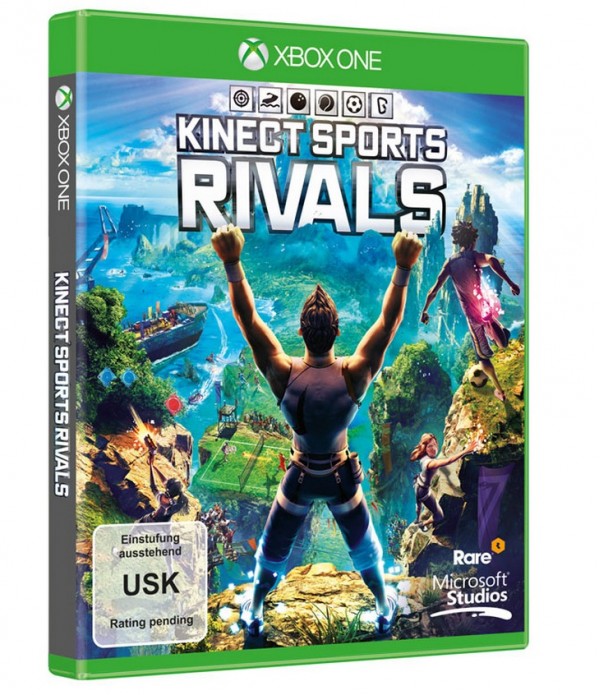 Track your order via track&trace

Kinect Sports Rivals, built for the power of Xbox One, captures your likeness as a champion and drops you into a world of pure competition-with the most accurate and responsive game play ever. Take on your friends, rivals, and the entire world.

JOIN THE COMPETITION
Compete against friends, rivals, and the entire world in the Kinect Sports Rivals World Championship for a chance to win the grand prize of $10,000 cash and a trip of a lifetime.

The all-new unparalleled Kinect technology instantly scans and captures your likeness as a champion, so this game is all about you-how you look, how you act, how you compete. With Xbox One's Real Vision and Shadow technologies your champion learns to play like you and competes on your behalf even when you're not around. Competition is always real, and always personal.

Kinect Sports Rivals re-imagines your favorite sports and delivers new ones not possible before. Carve waves in Wake Racing, scale cliffs in Climbing, or take aim at Target Shooting. Fans of the world's game will love a new Soccer, while anyone can get on the ball with Tennis and Bowling. And they all happen in the rolling ship's graveyard of the Abandoned Harbor, or the forbidding valleys and towers of the Stone Forest.

Teams add a whole new layer. They bind and divide the community and inject new life into the competition. The raucous and hearty align themselves with Wolf Clan, while the proud and honorable find comrades in Eagle Legion. Or if you're aggressive and ruthless, Viper Network is calling. But first you need to earn a Captain's respect. And that's no easy task.

No customer reviews for the moment.